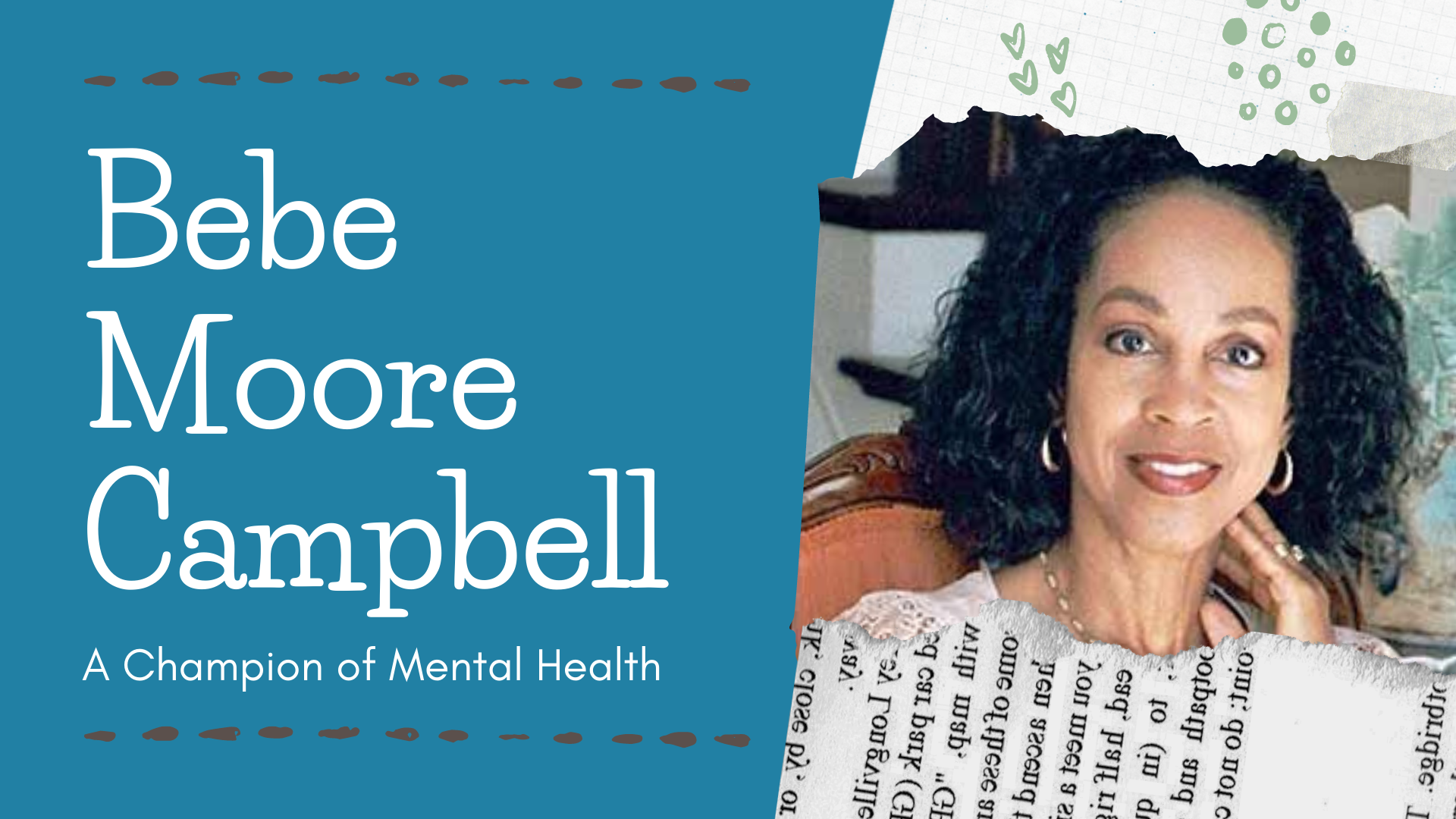 Bebe Moore Campbell was a best-selling author, journalist, and teacher who the New York Times described as being “part of the first wave of Black novelists who made the lives of upwardly mobile Black people a routine subject for popular fiction.”

In 2003 she released her first children’s book Sometimes My Mommy Gets Angry, which highlights a young girl’s journey of living with her mentally ill mother. This book was the impetus for a shift in her writing to cover the nuances of being Black with a mental illness. The book went on to earn her an Outstanding Media Award for Literature from The National Alliance on Mental Illness (NAMI).

However, Campbell’s advocacy for mental health expanded beyond literature through her continued work with NAMI. Campbell utilized her acclaim to advocate on behalf of the organization by speaking out against the stigma often associated with mental illness in communities of color, promoting treatment, and family education. She went on to become a founding member of NAMI-Inglewood, today called NAMI Urban Los Angeles.

The aim to diminish the stigma surrounding mental health in minority communities became a driving force in her life, and in 2005 she decided to push for its national recognition by creating National Minority Mental Health Awareness Month. After outlining the concept, she galvanized her community and assembled a National Minority Mental Health Taskforce to help push it through to legislation. With the help of the D.C. Department of Mental Health and then-mayor Anthony Williams, she held a news conference to encourage residents to get mental health checkups. She spoke at churches, held book signings, and organized events targeted towards spreading awareness.

Given the rise of the “self-care” movement, the conversation on mental health awareness has become more accepted in mainstream society and it’s steadily making its way to Black and Brown communities where the topic is often seen as taboo. Platforms such as  Therapy for Black Girls are popping up — coupled with social media influencers, public figures, and celebrities are rallying behind the push to boost the discussion on mental health. Most recently, Taraji P. Henson, who — through her Boris Lawrence Henson Foundation, hosted its inaugural “Can We Talk” conference and dinner to highlight the state of mental health in the Black community.

Yet, the work is far from over, studies show that only 31% of Black and Hispanic adults with mental illnesses are receiving care. A 2015 report by the American Psychological Association found that of psychologists in the U.S. workforce only 5% were Asian, 5% were Hispanic, 4% were Black and 1% were multiracial or from other racial/ethnic groups.

Bebe Moore Campbell envisioned a world for us that transcended beyond the caged stigmas of society. She saw the potential in the self-actualization of Black people — the impact of doing the internal work. Campbell said, “When we finally stop asking America to love us and begin to love ourselves, we will prosper as a people.”